"After You Die" quiz


I got the quiz from Ms. Kitty's blog (only because I read it prior to James' Monkey Mind blog).
I just wonder what kind of mood or whatever I was in when I took this quiz... A Guardian Angel?
Maybe that is actually meant to be a type of hell? Other folks get to rest in the cool cool ground, or strum those harps - but I get to hang around earth till all my loved ones have died?
I get more responsibilities even after death?? and they say G*d doesn't have a sense of humor....
Posted by Steven Rowe at 10:48 AM No comments:

For some reasons I'm getting a fair number of hits by folks (or by one persistent folk)
looking for info on Unitarian Universalist Seminaries.
Ok, I admit to have a masters degree, but it wasnt from a seminary

and while not an UU seminary, I believe Harvard now has an UU chair.
many UU seminarians go to non-UU seminaries.
You may want to check this out - lots of helpful info aboput what to do.
http://www.uua.org/leaders/leaderslibrary/ministerialcredentialing/index.shtml
including a list of acceptable non-UU schools for UU ministers.

Songs that ought to be in the UU Hymnal

Many of the songs in the UUA hymnal are hard to sing by folks singing in the pews; so my first thought for hymnal is "can almost anyone sing it?" - then of course, I like anthem type songs.
and yes, most of these below are folks songs....

these songs ought to be in the UUA hymnal

"Turn Turn Turn" Hard to believe that we dont have this song by UU member Pete Seeger in our hymnal. this could be easily sung by all UUs....

'Wasn't that a time" this old Lee Hayes song - Hayes knew his anthems and what got folks singing (he was a Methodist minister if memory serves me right) - this would fit the social justice crowd, wouldnt it? Or maybe his (and seeger's) "If I had a Hammer", maybe a bit cliche for folks of my generation (no idea if the younger folks would know it or not)

we like spirituals (and note some of these might be in the hymnal) - how about "Rock-a my Soul", "sinner man", "standing in the need of prayer", "walk in Jerusalem" "were you there?"
most of these have words that even those of us who read ahead would still be able to sing....
-- (note that I feel the words soul, sinner, prayer, Jerusalem and crucifixion are neutral -
I would possibly be wrong = rock-a-my-spirit, bad human, standing in the need of goodvibes,
etc)
"Give me Oil in my Lamp"

(and yes, I know copyright laws and payment issues would keep some of these out, but
"turn turn turn", really?)
Posted by Steven Rowe at 4:37 PM 2 comments:

Ok, we went to the Universalist Convocation in North Oxford MA, and we vacationed there and back - a few thoughts about the trip there and back.....

we had lots of discussions about flying vs driving vs train riding. My partner doesnt feel they can do any stop overs due to inner ear problems, and the direct flights - were either early in the AM or late in the PM. We opted for the flight early in the AM, which meant staying overnight near the airport - I spent way too many hours at work that morning (was supposed to leave at 1 PM, left at 6!) -- bought a new GPS unit, but hadnt had time to learn it too well (if using it once to drive 1 mile is using it at all).
Got to the airport at 6 AM, no problem with our flight. I havent flown in 12 years, so havent experienced the new security measures. Two hour flight versus two day car or train trip, made it much more convent. The waiting at the airport and at the car rental place (we got a trainee who took forever and kept trying to upgrade us, despite our having prepaid). The rental car asessary device (or whatever they call the former cigarette lighter) wasnt working, which meant that we couldnt use the GPS! - and we got bamboozled by bad signage in Boston) -
I had dropped an email to the Gloucester UU church (that John Murray preached at) - had hoped to see the interior - but they closed early that day - (we'll be nice and say they didnt get my email - and not that it was a direct result of my threatened visit). We did have some delicious halibut in a local restaurant. We then took headed to Worcester and our hotel in Auburn. I had some not-so-nice things to say about MA drivers, but I've been corrected by MA drivers to say that what we experienced were Eastern MA drivers. My apologizes to central and western MA drivers, who did seem to be much nicer.
Thursday, we went to Walden Pond - Put a rock on the cairn on the site of the cabin, and I bought a back issue of the Journal of the Thoreau Society, and the partner got a sweatshirt and gifts for the staff at her job. I discovered that the bean field that Thoreau worked at, was white bush beans - perfect for Boston baked beans? Then on to the battlefield at Lexington and Concord. Yes, I stood at the spot where Paul Revere was captured. I admit to being impressed by all the Unitarian Universalist churches - there seemed to be one in almost every town.... living in an area where there is one for every 70 miles, this is impressive. looked at the various graves - the Alcotts, Emerson, Thoreau, etc at the Sleeepy Hollow cemetery in Concord. We had a nice meal at the WAYSIDE INN (in Sudberry?). This is where the setting of TALES OF THE WAYSIDE INN is, so the poem "the Midnight Ride of Paul Revere" is told here (by the Innkeeper). It is also where the Universalist Fraters meet annually. Ate Indian Pudding.
Friday, we went up to see the waterfalls in North Central MA, Royalston and Doane - close enough to New Hampshire, we drove up there to say we did. Friday was also the start of the Universalist convocation - held at the grounds of the Barton Center for Diabetic Education. This was a former Universalist Woman's Association and UUWF property. The UUWF sold it about ten - fifteeen years ago.
i'll forgo comments on the convocation itself for a later post.
Sunday after the convocation was over, we and the Rev Barry Whittmore went to the historic site at Lowell (where the UU connection was the Universalist semi-connected "Lowell Offering" magazine of "Mill Girl writings"), and then up to Lawrence - where they have no easily seen historic markers - but we knew some anyway. Bread and Roses. The GPS was working, after being charged on the laptop, making finding things easier.
Monday we took the train to Boston (avoiding the Eastern MA drivers) - ate Boston Baked Beans, and toured the UUA building. Met friends there, in the building! Did a walking tour, saw the Charles Street Meeting House (now businesses), Saw the outside of King's Chapel (it's closed on Monday in May), and various other historic sites.
Tuesday, took the scenic drive through the rural area of Connecticut in their "last green valley". lots of farms. The General Greene historic site in Rhode Island was closed, so we went to the highest point in RI and signed the logbook instead.
Wednesday, drove early to Logan Airport - the gas station where we were to fill up the rental car was blocked off by construction, but the GPS found us another with no problem. Returning the rental car itself was easy too. So we got to the airport way early. the flight back was very bumpy - just glad it wasnt that bad on the way north - or i would have been anxious about the return flight.
now all i have to do is catch up on my sleep.....
Posted by Steven Rowe at 9:31 AM 1 comment: 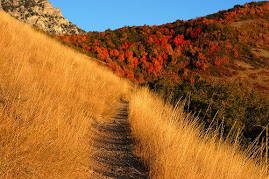